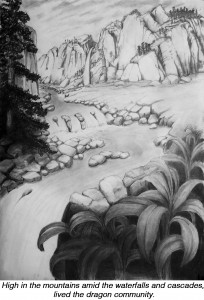 It’s been over two years since I’ve been posting to this blog though I haven’t been as regular as I had hoped.  I now realize that when I began working on this platform that I was unprepared, unknowledgeable and basically in the dark about the process of how to get published.

Writing the story was an exhilarating if not confusing at times but I believed that because of the way in which the story developed especially those times when the story seemed to write itself and the characters began to tell me what they wanted to say that this story was an exception to the usual way that books get published.  That it was meant to be.  When this didn’t happen I was disappointed and frustrated so I went back to the beginning and began searching for clues from other authors for the critical steps that I needed to take to become recognized.

My first set of queries was spread over a three-month period of time.  Not having a positive response I’ve spent the last two years reading KidLit and searching for avenues into the publishing world.  Repeatedly I’ve read that many agents and publishers were looking for something that was fresh, however I suspect that if a story is too different from what’s been published it’s hard to make a comparison and therefore it would be difficult for the story to find success.

I’ve had little success looking for similar books because my story seems so different but while searching for stories that featured animals I came across Richard Adams’ WATERSHIP DOWN.  I found the amount of negativity that Richard had to endure while seeking representation interesting and reassuring but most interesting was his strategy to find an agent.  He searched for an agent that had represented books that were similar to WATERSHIP DOWN.  I’m still looking but feel closer to achieving my goal.