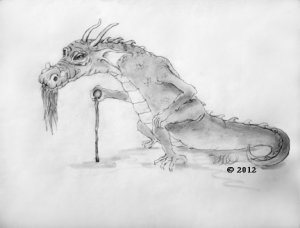 Recently I had the chance to watch Lindsey Lohan’s 2004 film “Mean Girls.”  I hadn’t realized it when I first saw this performance but it was brought to my attention that it was based in part on the nonfiction book, “Queen Bees and Wannabes,” by Rosalind Wiseman.  This insightful look at the social dynamics of teenagers gives parents advice to help girls survive cliques, gossip and other issues at school.

Wiseman’s book fundamentally changed the way that parents look at their daughter’s friendships and conflicts.  It encourages them to become proactive in their children’s social development suggesting how to choose best friends and how to express anger.  Similar articles on child development stress that self-discipline is a very important skill to teach children.  By directing ones’ actions according to what one thinks instead of how you feel you can build your self-discipline.  After the novelty of beginning a new sport or musical instrument wears off one is tempted not to practice however by acting according to what we think rather than what we feel will help us attain our goal.

The background story of The Littlest Dragon and the Princess deals with incorporating positive growth principles into our lives.  It reinforces the important Napoleon Hill’s “Twelve Great Riches of Life,” presenting them as specific objectives that will increase peace and joy into our lives.  Hill’s list is prioritized with the most importance at the front but as important as “positive mental attitude” is I wonder if number nine, “self discipline” is perhaps equally important in one’s life.

Life can have challenging times and if we don’t learn to discipline ourselves to prevail we face discouragement, defeat and failure.  Repeatedly The Old Dragon Sage encourages The Littlest Dragon to face the bulling difficulties at school with self-discipline and not by responding to his teasing classmates.

Attainment of the Twelve Great Riches of Life is a life long pursuit but parents can ensure their children a greater likelihood of success by building self-discipline during the early years.  After winning the 2012 Olympic Gold in time trial U.S. cyclist Kristin Armstrong credited her success to self-discipline, “This is an amazing moment for me…I read about things like Michael Phelps.  But I always feel like I’m the normal one, the normal kid that never was told by their coach that I have anything special…It was just the determination and sacrifice that I had, all the way from when I was in elementary school.”