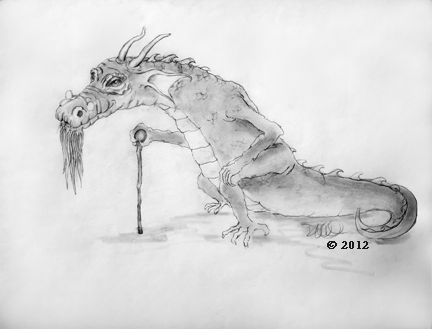 Rarely does anyone grow up without encountering problems with classmates in some form or another.  Encounters with bullies or bullying at school are a common occurrence in childhood. Addressing this issue wasn’t my initial purpose in writing this book but it became the background story for the main story about Chinese dragon mythology and the discovery of silk.

I realized that while I desired to present an entertaining story for kids  I also desired to offer beneficial insights on how to build a positive, happy life.  I wanted a story that suggested ways for kids to build strong self-esteem.

I firmly believe that we all have the opportunity to live positive, happy lives but, quite often, we can’t seem to find our way because of bad habits and low self-esteem we’ve developed early in our childhood.   As a consequence, we often cultivate states of mind that are less than joyous.  We tend to believe that the decisions we make in response to life’s challenges are ultimately out of our control.  As adults, many of us find it difficult to discard unresourceful approaches to responding to life’s challenges.  I believe it advantageous to start teaching our young children resourceful approaches to responding to the challenges they encounter at school and in their environment in general so that by the time they reach adulthood they have established the foundation for a positive, happy life.  The goal is learning to turn negatives into positives.

Sadly there will always be individuals who pick on or bully those around them when the teacher’s back is turned but the incident can be used to turn the child’s attention in a positive way.  So, for example, instead of focusing on feelings of being hurt and alienated due to the emotional incident, direct the conversation toward what type of person does the child want to be.  Stressing the thoughts of not wanting to be mean to others like the bully.  Encourage the child to take control of the situation by taking an objective position.  One-way is to evaluate the situation from the outside as if the child was a bystander watching the incident.

In the story The Littlest Dragon and the Princess, the littlest dragon faces a great deal of teasing from his classmates and especially the class bully.  His classmates try to convince him that he is worthless because he is so very small.  He is so perplexed after weeks and months of taunting that he wanders high into the mountains after school one day to think and try to resolve his predicament.  It is in this wilderness that he meets an Old Dragon Sage who suggests alternate responses to these conventional situations. The Old Dragon Sages begins to teach the Littlest Dragon about The Twelve Great Riches of Life, which begin with having a positive mental attitude. This is a positive approach to thinking that starts by learning not to look at beliefs about ourselves in terms of whether they are true or false but rather whether or not they are resourceful.  The Old Dragon Sage encourages The Littlest Dragon to discard any beliefs that are not helpful to him.

The main objective of this part of the story is to present a positive learning situation on which kids can reflect and incorporate positive approaches into their lives that help them learn how to take control and not allow external situations to create negative beliefs about themselves.   Importantly, this teaches children to be proactive in their lives rather than victims.