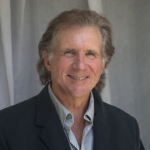 David Laurence Wood is an author/artist whose work explores not only the joys of being human but also how we can overcome life’s difficulties with dignity through insight and goodness.

His written works include the middle grade chapter book, “THE LITTLEST DRAGON AND THE PRINCESS;” a story about how the combined efforts of a little girl and a tiny dragon save their town from a treacherous prince, described in detail in this blog.

The unproduced screenplay, “A Touch of Gina,” is a romantic story that takes place in a small Italian coastal village in the mid 20thcentury.  Alexander, a despondent American fashion photographer, thinks his life is over, has moved to Italy to drown his sorrow and drink his world away.  Fate crosses his path with a well-to-do, soon to be bankrupt, young orphan girl who has recently graduated from a local convent school.  Gina, full of life and enthusiasm, thinks a rosy life is about to begin. They soon find that there is more to their future than either has expected.

LOY THE CHOSEN ONE is a YA story about two teenagers, one from Earth the other from a distant planet, who reluctantly join forces in an attempt to attain their separate quests.

Living in the shadow of his older brother has always been difficult for seventeen-year-old Blane.  But when his brother Eoin suddenly disappears while on a secret mission for their father, the Director of the Galactic Federation, Blane sees a chance to win approval and shine in his father’s eyes.  He puts his feelings aside and secretively sets out to find and rescue his brother.

Loy a young girl from the planet Zordon has been brought up in isolation by her father and another priest.  She has been taught in the old ways and has been raised to believe that she is the fulfillment of the prophecy that one day a girl would be born in the holy temple and reunite the people of her planet who have been living in hostile separation for over a millennium.

Mr. Wood has extensive experience teaching drawing, painting and photography in various institutions in Southern California.  Most recently, he was Art Department Chairman at Santa Monica High School where he taught both traditional and digital based photography and served as Director of Roberts Art Gallery.

Mr. Wood has previously served as: President of the Fine Art Federation of Burbank, Board Member of the City of Burbank Design Review Board and of Burbank’s Task Force for the Cultural Arts and Guest Lecturer for the J. Paul Getty DBAE art education program.

One thought on “THE AUTHOR”